Much has been said already about the phenomena which is Donald Trump. How is that he has become so popular despite his vulgarity, crudeness and fascist policies? Most of the establishment is left dumbfounded because they wouldn’t know grassroots populism if it came and punched them in the face. A similar situation is occurring on the democratic side of the American spectrum with Bernie Sanders. Both candidates are tapping into a strong populist streak that rejects establishment politics. The differences between the two are of course the different countries and time periods each candidate is taking their inspiration from. Bernie wishes to take a leaf out the book of countries like Sweden, Denmark and other social democratic states. Trump on the other hand looks to emulate policies of 1930’s Germany. Stark differences between the two, and yet both are so very different from establishment politics (which is essentially conservative as both parties perpetuate the existing socio-economic order), that they can almost be clumped together.

Many would see this election as a degeneration of democracy, and some could be justifiably afraid that democracy is in serious danger if Trump was to be elected. Certainly the language Trump is using when describing how he would implement many of his policies suggests that he would ‘rule’ in an authoritarian manner. Taken with his populism and relatability to a large cross section of the American population, I think some who point to Trump’s similarity to Hitler in the 1930’s are not wholly inaccurate in their analysis. Outside of the American context Trump is a fascist and is essentially running on that ticket. People forget that Hitler was voted to power, and the German parliament voted itself out of existence, it wasn’t some glorious coup d’état, and neither will Trump’s rise to power.

Plato describes such a situation in book 8 of the Republic (543a-569c) when returns to the topic of morality which has supposed to have been the main topic of discussion in the dialogue (543c). As he had done previously, Plato decides to map different types of human constitutions on the four main types of political constitutions as existed in his own times (543c-d). It is important to note that Plato recognises that there are certainly more than four different types of constitutions (544c-e), but that the four he discusses are the essential archetypes of the rest and will serve well for the analogy. It is important to stress that the Republic is not a serious exercise in political theory as so many scholars have interpreted it over the years.[1]  What follows is in an insightful discussion on how the ideal society which Socrates and his interlocutors have just created will decay and degenerate; first, into ‘timarchy’, followed by oligarchy, democracy and tyranny. The entire section is worth reading but for the purpose of this article, the final discussion on how democracy degenerates into tyranny is interesting for contemporary analysis of the Trump phenomenon.

Prior to the discussion on democracy and tyranny, in his account of oligarchy Plato discusses the flaws of an oligarchical system. This is an important aspect to consider. One oligarchy’s main flaws, Plato points out, is that positions of authority are chosen based on wealth and not skill (551c). This is a topic I have discussed before,[2] and is relevant here given the political context of America, where money now has a huge corrupting influence on the politicians while also posing as a severe hindrance to poorer people who seek election for office. We should point out from the get go that Trump exists purely because people admire anyone who is rich, while also despising anyone poor despite their morality (551a).

Moving on Plato describes how tyranny arises out of a democratic state. He states explicitly that he thinks tyranny arises out of democracy (562a). His account for the decay of democracy seems odd to the modern reader, but hinges on the idea that the people become relentless in their pursuit of freedom. Plato uses a metaphor in this section which has particular resonance with a Greco-Roman audience because bees and ants were thought to the most superior of the animal kingdom because they lived in communities resembling human societies.[3] The people refuse to take orders from the authorities, they become indignant at any idea of restraint in their freedom and the laws, both written and unwritten, are unobserved (5563d). Here is where the potential for dictatorship apparently develops.

While everyone is trying to make money, only the most undisciplined become rich. These men become a pot of honey to the buzzing crowds around them, giving them extravagant gifts (564e). The people begin to forcibly take the wealth of the rich who are forced to defend themselves. In doing so they become oligarchs not because they want to, but more because they are perceived as such (565b). The people raze up a champion against the foul oligarchs and give him prodigious power (565d).

This is the situation we find ourselves with in this American election cycle. To be fair, the policies of Senator Sanders, by Plato’s account could also be construed as tyrannical, except for the fact Sanders’ character is such that it seems unlikely that he would transform from the champion to the dictator as Trump would. Trump’s policies and rhetoric go far beyond anything Sanders is asking. Trump is an every-man candidate precisely because he has no one policy position.

The people are able to project their desires onto him as they wish. For example, in debates and interviews, he will express a wish both for and against a single payer healthcare system; for and against military intervention around the world; and both for and against low taxes and free trade. No one knows what his policies really are because he doesn’t really have any. Except for perhaps the “really big wall, which Mexico will pay for.” He captures votes from both side of the aisle. Contrary to mainstream media bubble-think, most Republicans are in favour of Medicare and Medicaid. Many also want universal background checks. A large portion also want to stop foreign interventions. Trump appears on the Republican side just as Plato describes the people raising a champion up to combat the rich. Trump said in a recent interview:

Plato gives us a reason how a figure like Trump is able to emerge. He says that the democratic man who becomes a dictator exists because he was brought up by a father, who only cares about desires, acting without restraint (572e). The son is spoilt b
y the offering of indulgent pleasures. He is person purged of self-restraint and shame (573a). In Plato this is intended as another metaphor. In this case however, it is almost precisely the biography of Trump, who was raised in an environment where he could have whatever he wanted. He now thinks he is “just the best” and worked hard to make the money he inherited from his father. Moreover, the words that come forth from his word-hole show little sign of self-restraint. Plato concludes, perhaps forebodingly:

“people who are insane and mentally disturbed try to dominate…other human beings, and expect to be able to do so…the dictatorial type is the result of someone’s nature or conditioning – or both – making him a drunken, lustful maniac” (573c).

Even as a critic of democracy in many places, Plato gives us much food for thought on the degeneration of democracy and the prospect of Donald Trump becoming president of the United States. Plato’s account makes it seem inevitable that this will happen. We don’t have to accept this to recognise the threat that Trump poses to democracy in America and around the world. Most importantly however, Plato makes it clear that a large factor that creates a dictator is the environment in which he is raised and exposed. For Plato, environment has a profound influence on the constitution of a person. Ultimately this means that we ought to recognise that Trump is not an exceptional phenomena, he is product of our society. If you think Trump is a madman, maybe we should change society for the better. Like Marx, who thought the mechanisms for socialism were built into capitalism (making socialism inevitable), Plato thought the mechanism for dictatorship was built into democracy. This is exactly why founding documents of modern nation-states like the American Constitution have procedures to try and avoid this eventuality. This leaves no guarantee however and we should remain ever vigilant to long term threats on our freedoms. 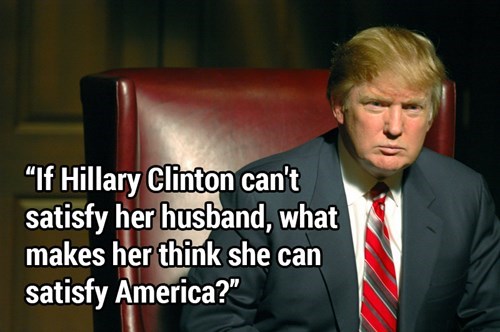 [3] This is common trope in Greek and Roman intellectual thought. The relevancy of this metaphor is striking. See: Ober J. (2015). The Rise and Fall of Classical Greece. Princeton University Press. Particularly Chapters 1-4; Virgil uses the same metaphor in the fourth Georgic and Aeneid. See: Polleichtner von W. (2005). ‘The Bee Simile: How Vergil Emulated Apollonius in His Use of Homeric Poetry’; Winsor Leach E. (1977). ‘”SEDES APIBUS”: FROM THE “GEORGICS” TO THE “AENEID”’, Vergilius No. 23 (1977), pp. 2-16.

2 thoughts on “Democracy Trumped! Plato and the Degenertion of Democracy”

This site uses Akismet to reduce spam. Learn how your comment data is processed.